Nicholas Wylde originally trained as a jewellery designer / goldsmith at the prestigious Birmingham School of Jewellery. 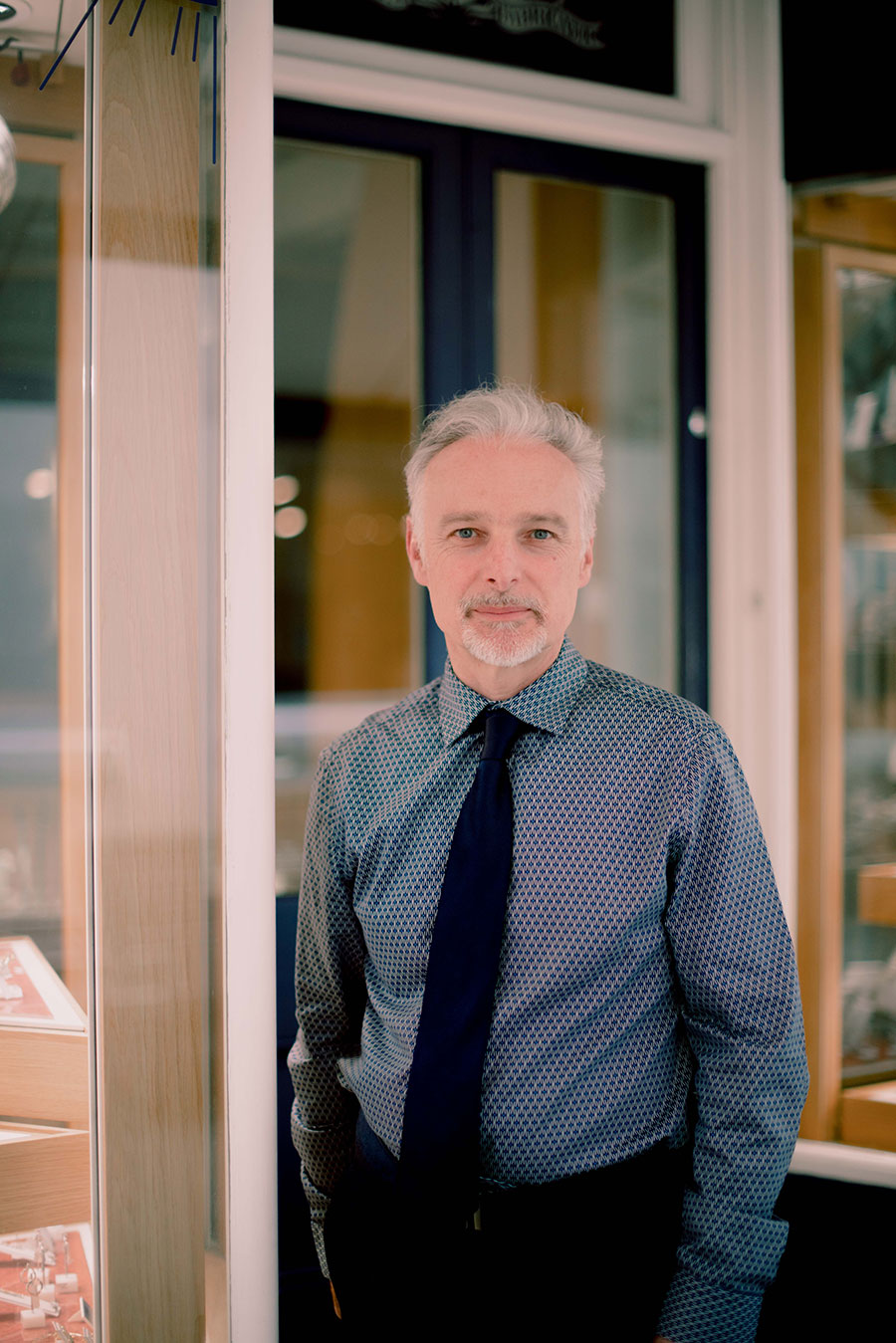 Nicholas Wylde realised his dream of starting his own business in 1987, opening his first shop in Bath at 13 Northumberland Place, at the age of 24. In 2010 he opened another branch in Clifton Village which is often described as Bristol’s exclusive suburb. Both shops work well together and our name is becoming more established than ever.

Describe your business in one sentence…
Nicholas Wylde strives to supply unique jewellery and to make the shopping experience as happy as the occasion the piece is bought for.

What inspired you to set up your business in Bath?
From the age of 16 I first visited Bath with my family and instantly felt that this was the city I wanted to work and live in. Within 3 years of coming to the city, I successfully opened my business at the age of 23 realizing that ambition and I’m proud to say that I’m still here 30 years later!

Why do you think it is important to have a month celebrating Bath’s Independent Retailers? (Independent Retailer Month is in July each year)
The world is taken over by the dominance of multi-national corporations and chains and It’s so important to support the local independent retailer – for unique products, better service and an all-round more positive experience. Bath is a city famous for its uniqueness, including its many indie shops. I believe that Bath is not only for tourists but also for the local community within a 20-mile radius who want to enjoy a lovely day out and spend time browsing around the indie shops and cafes.
You’ll receive personal attention with a better atmosphere in indie shops than the often-impersonal service offered by some chain stores where the shopper is little more than a volume number.

In your opinion, what are Bath’s top 3 ‘Hidden Gems’?
Bath’s side-streets and lanes (like Northumberland Place) offer a wonderful selection of indie traders and cafes with a wide diversity of shopping experiences.
Many ‘hidden gems’ can also be found in the architecture simply by looking up and seeing details that otherwise would be missed.

What do you think attracts people to Bath?
It’s a beautifully compact city that allows visitors to walk around easily, soaking up the atmosphere and enjoying the relaxed ambiance of this historic place.

What have been your key challenges and how have you overcome them?
In 2013, we had a devastating fire in our Bath shop caused by an electrical fault. We discovered that Bath is a very supportive city and I was overwhelmed by the support we received from fellow indie traders and within a few months, the store was completely refurbished and open for business again.

Your phone book must be full of business contacts, but who is the most famous person in there?
Over the 30 years, we have made jewellery pieces for many celebrities and even a member of the Royal Family! But we are the sole of discretion and would not name any famous clients.

What has been your biggest achievement to date?
Not only celebrating 30 years in business in 2017 but two other things stand out over that time period: Winning the ‘Best Jewellery Retailer’ Award for the whole of the UK in 2013 for my unique jewellery and launching my own patented diamond cut, the Wylde Flower Diamond ® for my 25th anniversary.

Each one created has 81 precisely cut facets – that’s 24 more than a brilliant-cut diamond – including 8 on the base which reveal a perfectly cut flower.

This clever and unique cut allows you to see the stunning flower by looking through the ‘table’ of the stone and creates a brilliance and visual fire that often makes the stone appear larger than its actual size. You won’t find this diamond anywhere else in the world. 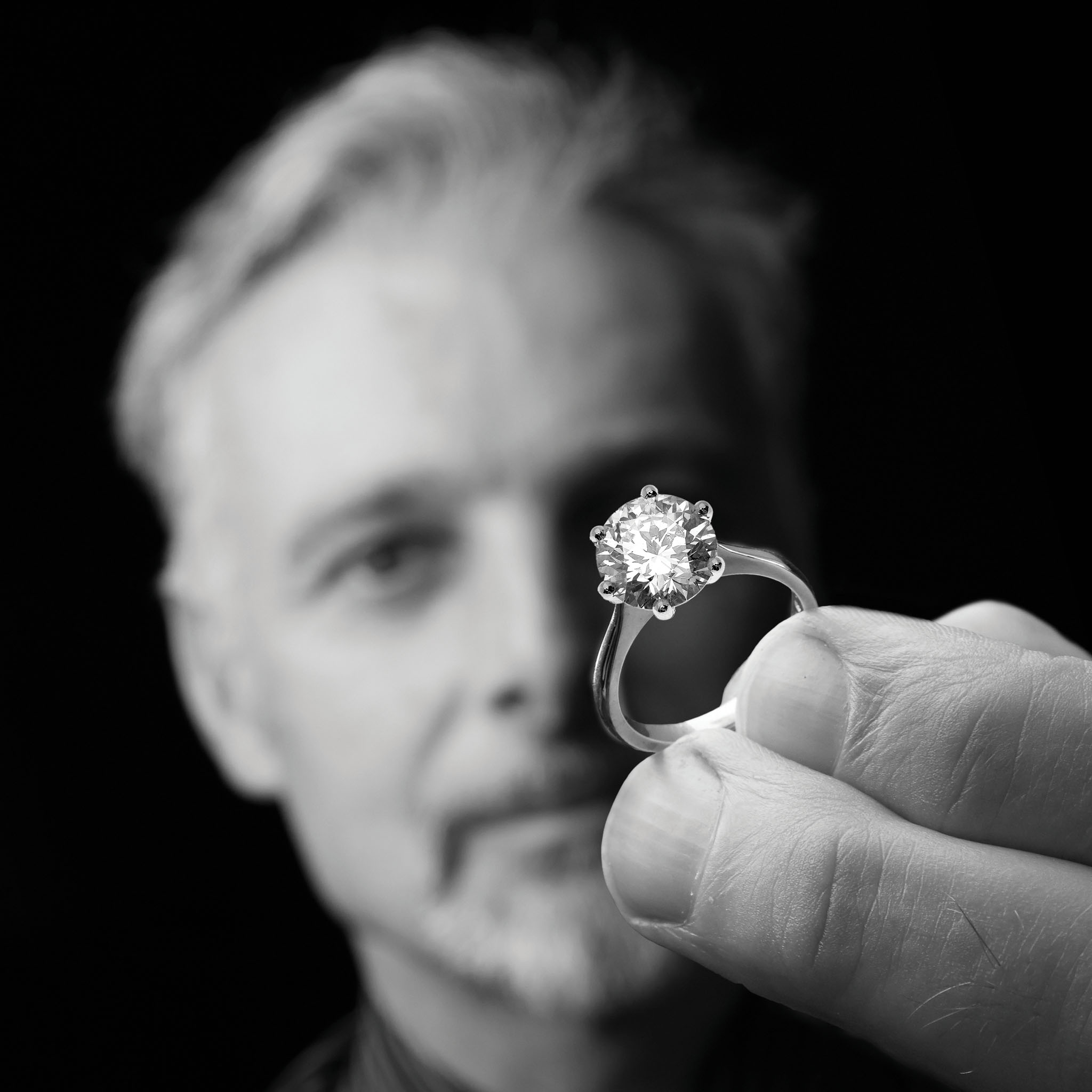 Why should people choose Nicholas Wylde over other jewellers?

Because you’re sure of a warm welcome in my stores or online as I continue to infuse unique jewellery with my passion for art and beauty, ensuring any pieces bought from me will be as memorable as the occasion it’s intended for.

What sort of bespoke/personal products do you offer?

Along with our exclusive collections, we specialize in unique bespoke commissions, taking into account the clients’ wishes and their own personal stories. This enables us to create beautiful pieces of jewellery that are highly personal to the client.

What’s your personal favourite piece in the store right now?

It must be my very own diamond cut, the Wylde Flower Diamond ® which combines the romance of both diamonds and flowers. If I had to choose one from all the collections I’ve designed incorporating the diamond, I would cite the Leaf Collection, especially in its pave settings. 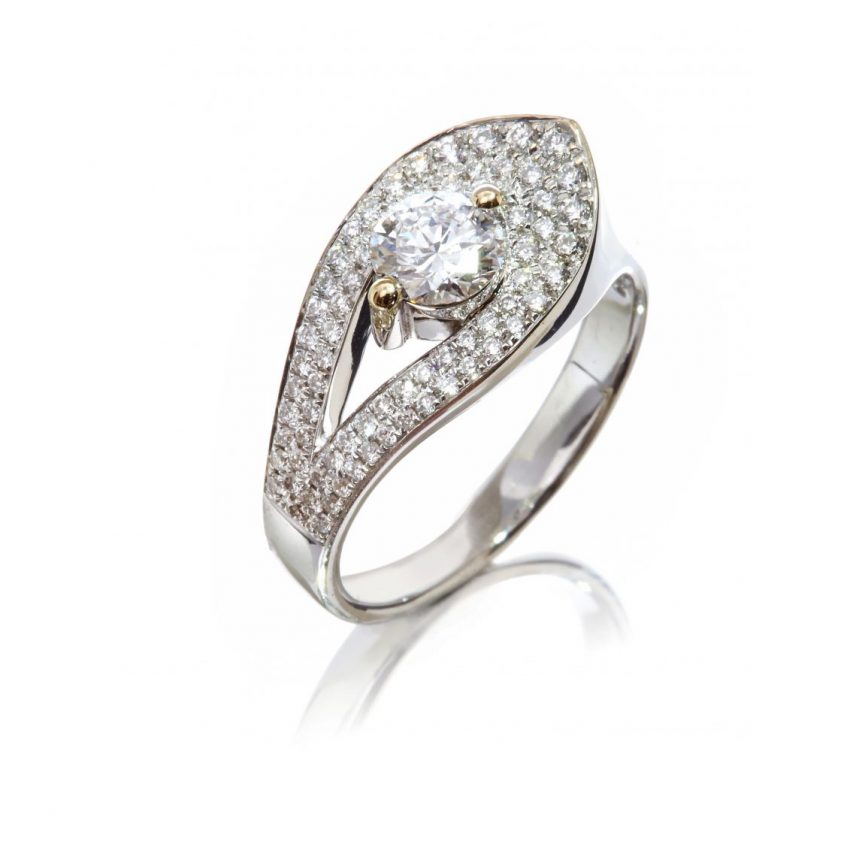 We see you also have a Bath  &  Bristol shop – any plans to expand Nicholas Wylde further afield in the future?

Since opening in 1987, I have ensured the company is always moving forward with fresh ideas and innovations, remaining at the forefront of the jewellery industry. My ultimate ambition is that my Wylde Flower Diamond® becomes the ‘must-have’ diamond both nationally and internationally, eclipsing even the Tiffany brand.

You operate in Clifton Village in Bristol – what’s your favourite aspect of life in the city?

The diversity of the city, it’s forward-thinking approach to investment, growth and its people. Clifton in particular has a very distinct feel and I’m very proud to be part of its retail community.

If you were Mayor of Bristol for a day, what would be one thing you’d change?

Not only in Bristol but on a national level, I’d like to instruct all politicians from all major parties to start to communicate with each other with real discussions on issues designed to benefit the country and its people rather than the current ‘playground politics’ we’re seeing, where one side argues one thing  and the other side disagrees seemingly just for the sake of it.

In the 21st Century there should be a more progressive approach with inter-party cooperation taking precedent over individualistic agendas.

This could be started locally then rolled out on a national level.