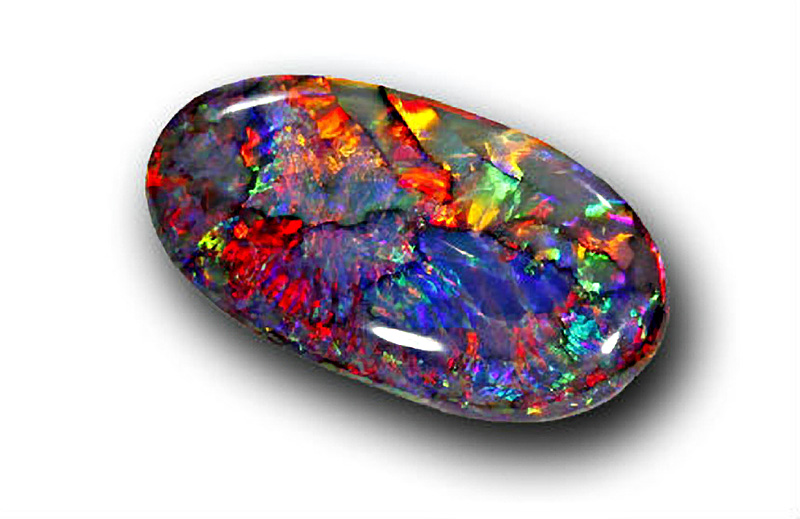 Opal is a hardened silica gel, containing up to 10 per cent water and formed in cavities within rocks. There are two varieties: precious opal – the most desirable, which shows flashes of colour (iridescence) – and the common or ‘potch’ opal.

Until the 19th Century, Slovakia was the primary source of origin until large deposits were found in Australia, including the rare and prized black opal.

Through historic folklore, opal was believed to bring the wearer the power of invisibility, to bring happy dreams and ease the process of change.

Opal is a hardened silica gel, usually containing a small percentage of water. It is therefore non-crystalline, unlike most other gemstones. Precious opal may be transparent, translucent or opaque with patches or speckles of bright spectral colour which change or disappear as the stone is rotated. Opal colour ranges across the visible spectrum from deep red to violet. The colours present are an important factor in the value of a stone. For the highest value all colours should be present, especially red which is rarely seen. The pattern of the play of colour also affects the value. White opals are precious opals with a light coloured body colour (white, yellow, cream). The ‘black’ in black opals means the gem has a dark body tone. White opal is not as rare as the black opal variety, though fine qualities can bring very high prices. When opals are a glowing ember colour, bright and vibrant, they are almost always volcanically formed Mexican fire opals. True opals are solid opals, although they may only be colourful on one side. Doublets are made by cementing a layer of high-grade opal to a backing of low grade ‘potch’ opal, glass or onyx, which enhances the colour. Triplets are doublets with clear domed caps cemented to their faces. The domed cap protects the opal and magnifies the pattern, enhancing the overall appearance. More than 95% of the worlds supply of precious opal comes from Australia. Opals are softer and more fragile than most crystalline gems. You should be careful not to hit opals, especially those mounted in rings. Because opals are composed of 3-20% water, they should not be allowed to freeze or dry out. The use of any chemicals in cleaning should be avoided and opals should not be immersed in water for any length of time. Opal is the birthstone for October. 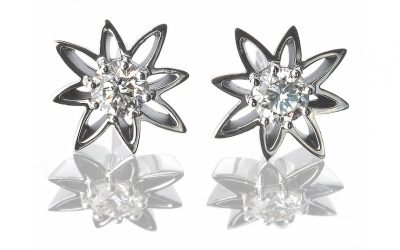