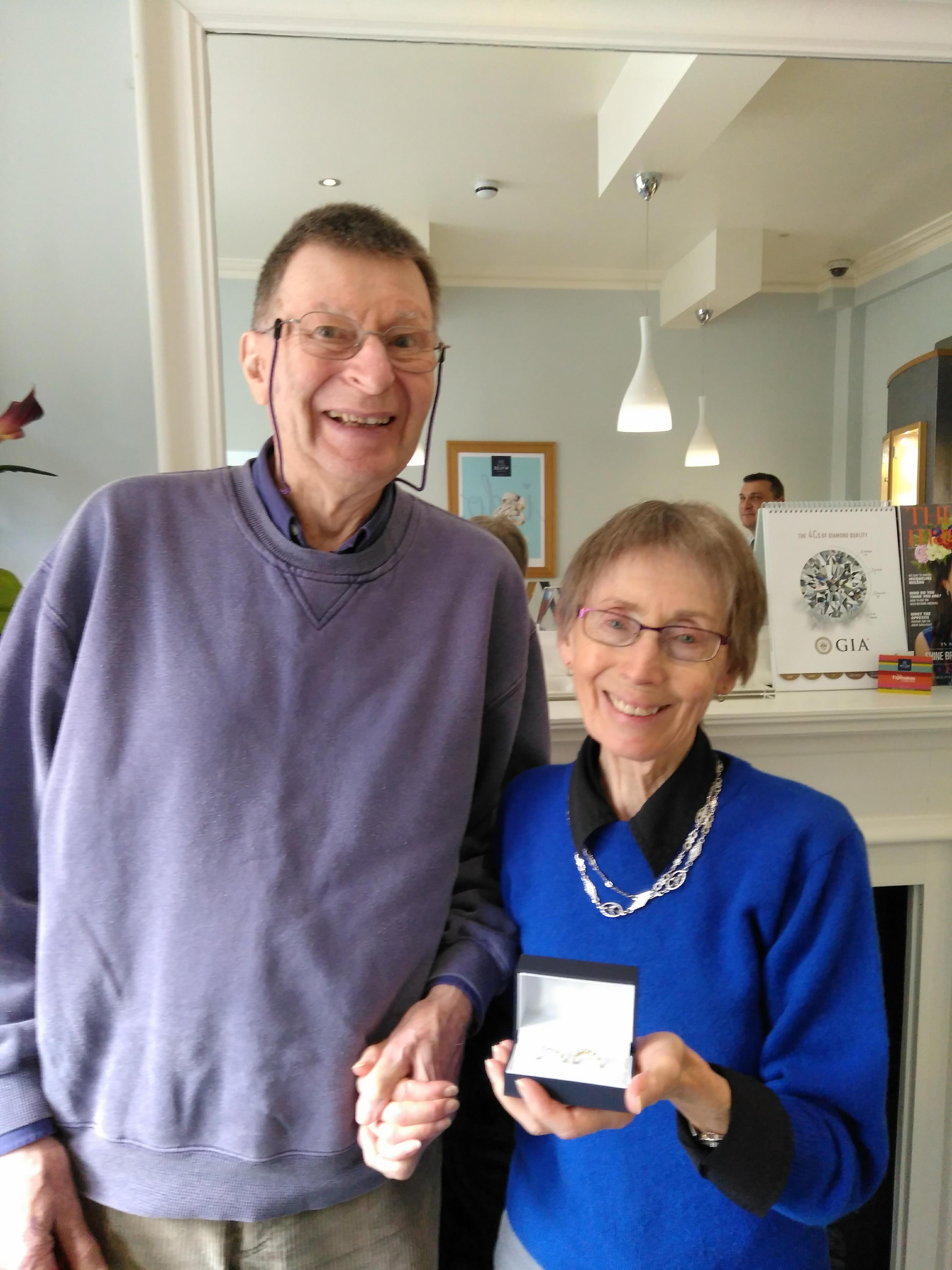 Way back in 1988, just a year after Nicholas first opened its doors, a lovely couple came in during their day-trip to Bath from Winchester seeking rings for their upcoming wedding the following year. Nicholas designed Verity’s ring to fit around her engagement ring.

Verity and Frank were delighted with the rings and began a very happy marriage together.

Nearly 30 years later, during a Tai Chi session Frank shook his hands and his ring fell off, highlighting the need for resizing.

They didn’t act straight away and some time later, Frank lost the ring. They searched high and low without success and sadly concluded that the ring was potentially lost for good.

However, one day in the car, Verity put her hand into a pocket area normally used for maps and found the ring there, right at the bottom of the pocket!

This convinced them that they couldn’t delay any longer and Verity searched for the original purchase receipts from Nicholas.

On the receipt they saw the hand-written notation: ‘To be engraved at no cost.” 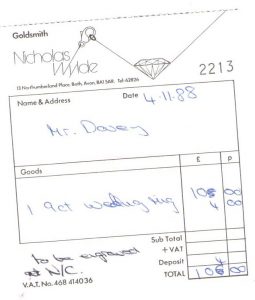 As Frank said: ‘Verity was born in Sheffield, which is the nearest thing to being a Scot, so was keen to take Nicholas up on the offer, despite the time gone by’.

Verity added to Frank’s jestful comment: “We didn’t really expect Nicholas to honour this after so much time but, being the wonderful guy that he is, he said he would. We thought that while we had Frank’s ring resized we would finally get the ring engraved. ”

After much deliberation, they decided on their first names; the date of their marriage and the simple phrase (which speaks volumes) ‘Forever together’ as the long-awaited engraving. 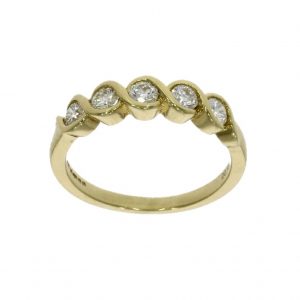 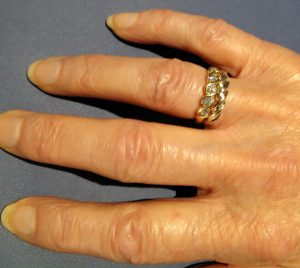 While in our Bath store, Frank surprised Verity by purchasing a beautiful eternity ring for her in celebration of their continued happiness together, designed to sit alongside the gold ring Frank had first bought for her on the beautiful Greek island of Hydra.

In an additional coincidence, the owners of Chestnuts Guest House where the couple stayed while in Bath and visiting us, had their wedding rings designed by Nicholas some 16 years ago which were made in Welsh gold, the bride’s country.

It’s one of the best aspects of our work – to be involved in couples’ stories – and a perfect example of how rings are invested with so much more than their financial cost.

We wish Verity and Frank all the best for their future together and hope they don’t leave it quite so long to visit us again!

Nicholas commented: “To see one of my very first clients come back after 30 years was lovely – especially when they said I hadn’t changed (apart from the grey hair)! They were still enthusiastic about the jewellery and service they received in 1988 and I wish them well.”

Email Wylde
← Prev: Our Summer of Love is here! VOW Live event launches our amazing £1,000 prize value competition – open for entry now! Next: Bloggers in town: Social media writers descend on our Bath store ahead of the Festival! → 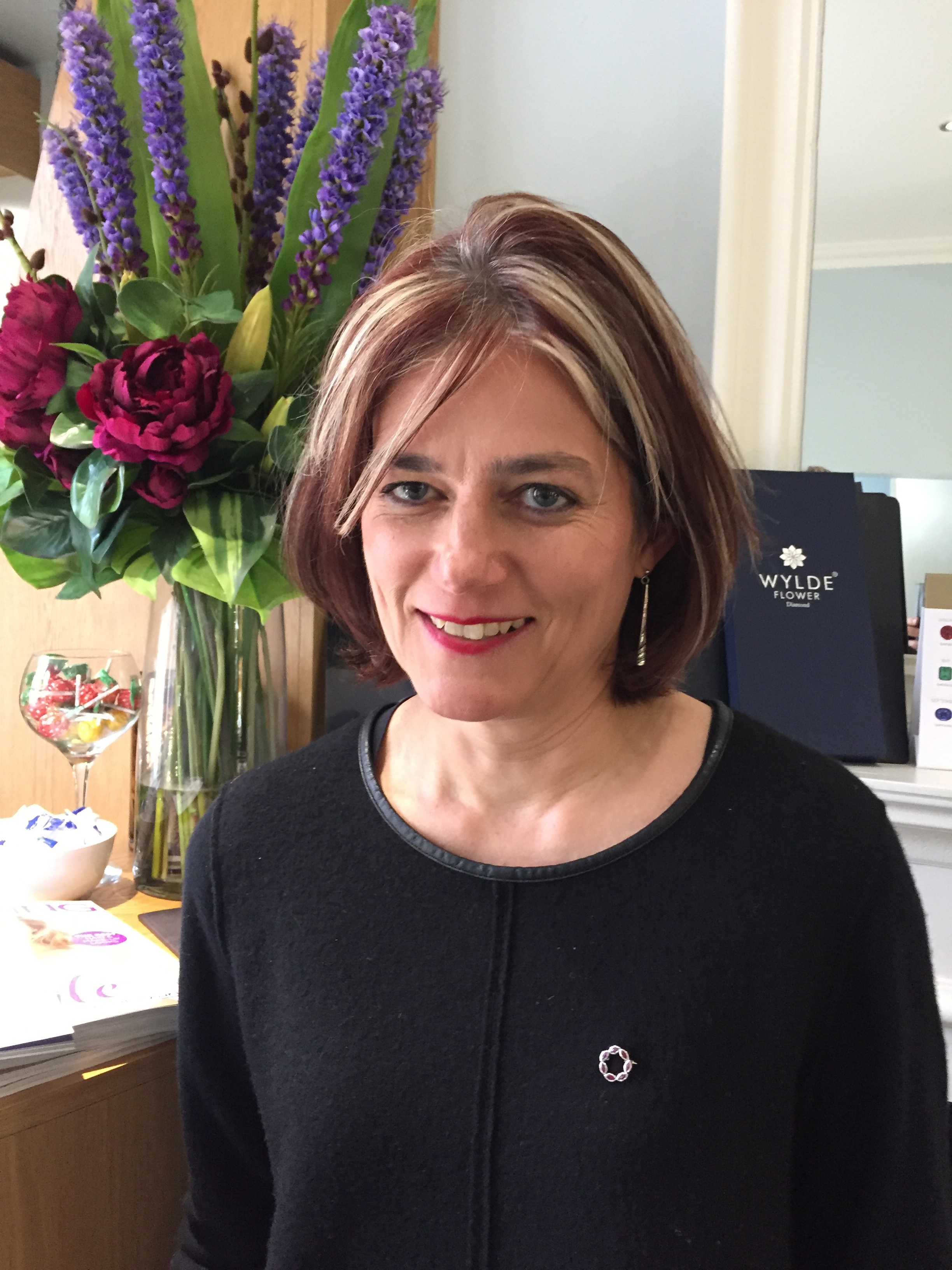 At Nicholas Wylde, we can create – and sometimes recreate – exquisite pieces of jewellery according to each clients’...

Star of the Month – May 2018: Emerald & diamond earrings bring delight

The birthstone for the month of May is emerald and in celebration we’ve chosen a beautiful pair of emerald and diamond... 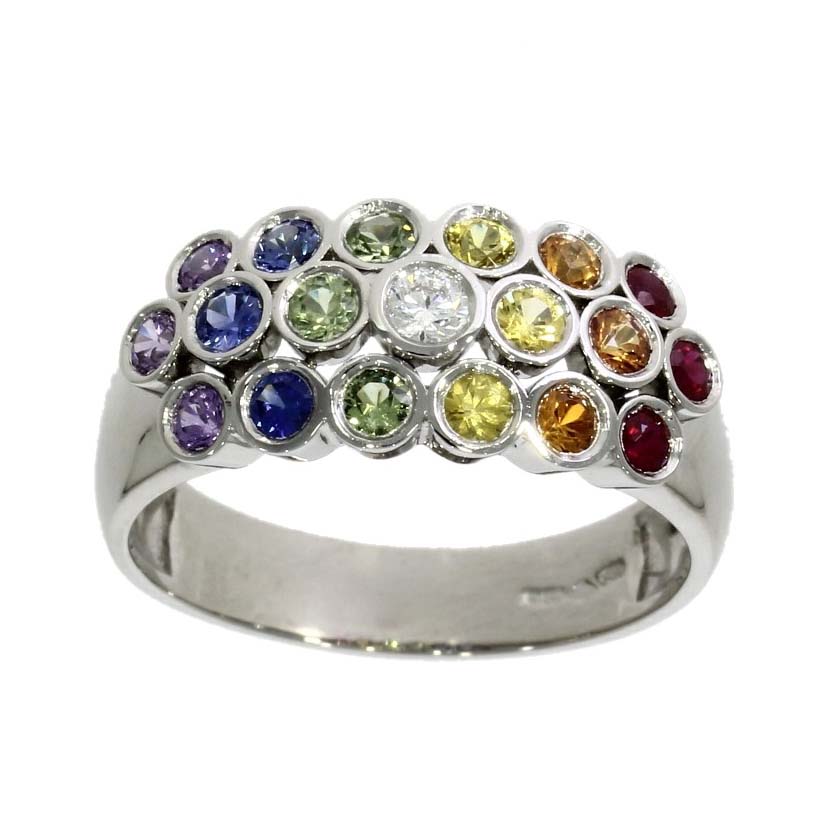 Recent Commissions: Pick of the Month – May 2018

Our workshops in both our Bath and Bristol branches and the highly-skilled goldsmiths and gem setters that work...