Famous Wedding Rings: From royals to celebrities – rocks that wooed the world 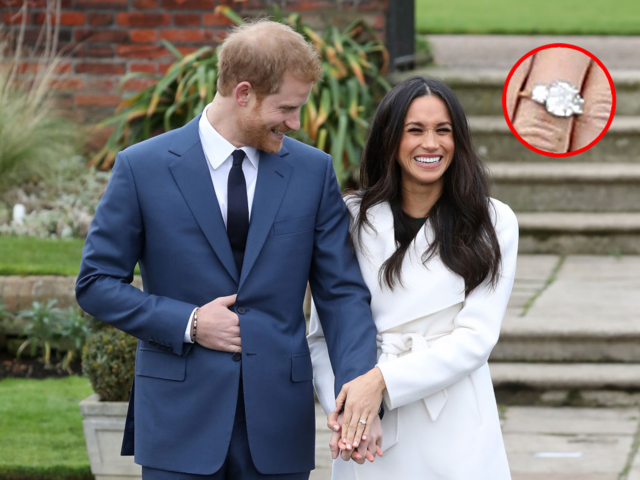 It’s the month of the Royal Wedding (taking place on May 19th at Windsor Castle) and we’re all eager to see the wedding bands the happy couple will exchange.

For the engagement, Prince Harry proposed to Meghan Markle with a ring he designed himself using a diamond from Botswana flanked by two diamonds from one of his mother’s, Princess Diana’s, brooches.

While we’re waiting for the big reveal of the wedding bands, here’s a look back at some of the most celebrated – and infamous – wedding rings in history… 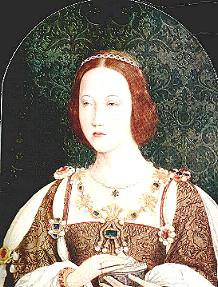 The smallest wedding ring in history

Princess Mary, daughter of Henry VIII, King of England, was presented with one of the smallest wedding rings ever made when she married King Francis I in 1518. The wedding ring’s size is infamous because Princess Mary was 2 years old when the marriage took place. It is said that once she went on to become Queen Mary, she kept what officially became the smallest of all wedding rings on a chain around her neck to always remember being a child bride.

Wedding rings have been standard fare for over a millennium. Pope Innocent III, back in the 1100s, passed a decree that stated any wedding ceremony that was to be considered valid by the church must also include the exchange of wedding rings. It is primarily because of this decree that Princess Mary’s tiny ring was required, despite her young age. 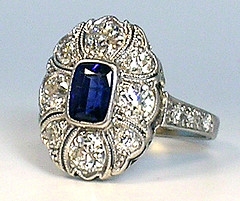 One of the most extravagant wedding rings was that worn by Priscilla Presley, given to her by the King himself, rock n’ roll royalty Elvis Presley. It was a 3.5 carat blue diamond surrounded by an additional 21 smaller stones. It was a real jaw dropper in the 1960s as far as standard wedding rings were concerned! 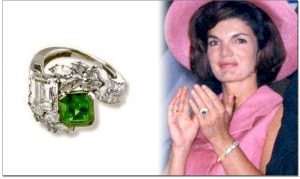 Leave it Jacqueline Kennedy to make a statement of elegance and fashion. This stylish stunner is the one people remember gracing Jackie’s hand. (The massive 40 carat Lesotho III given to her by her second husband, Aristotle Onassis, was only worn twice before being locked in a vault until after her death.) The unusual creation features a duo of dynamic stones: a 2.88 carat diamond and a 2.84 carat emerald. 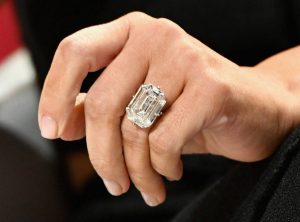 Kanye West spared no expense in designing the reality star’s 15 carat cushion-cut diamond ring. It’s massive size and near-constant presence in social media and television coverage has impressed this stone into the collective consciousness of an international audience. 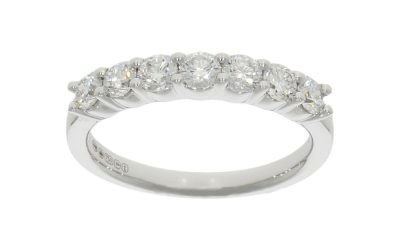 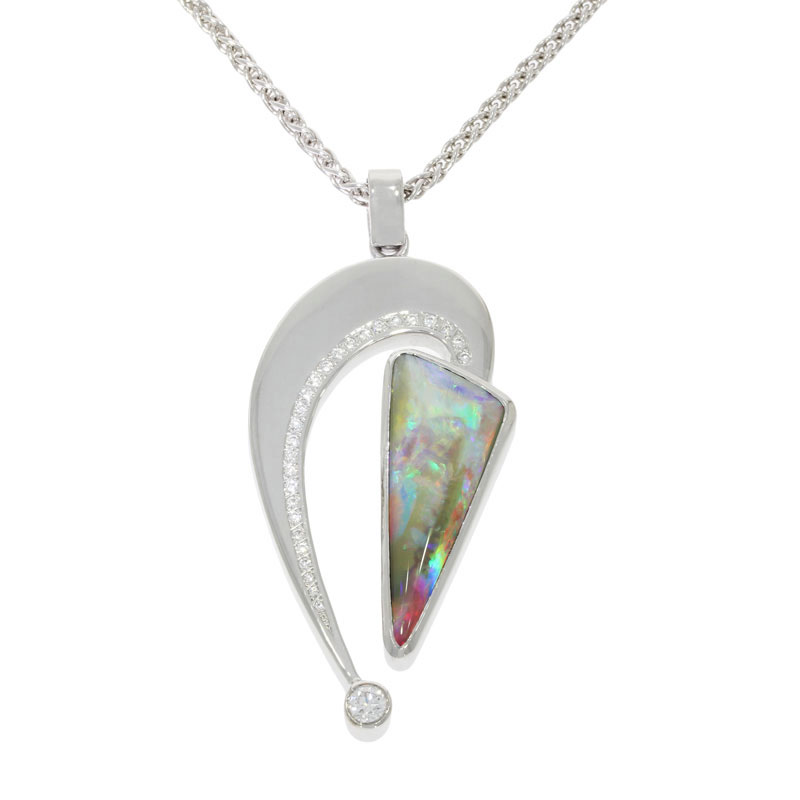 This beautiful statement pendant - designed by Nicholas Wylde featuring his favourite stone, the opal - could be said...