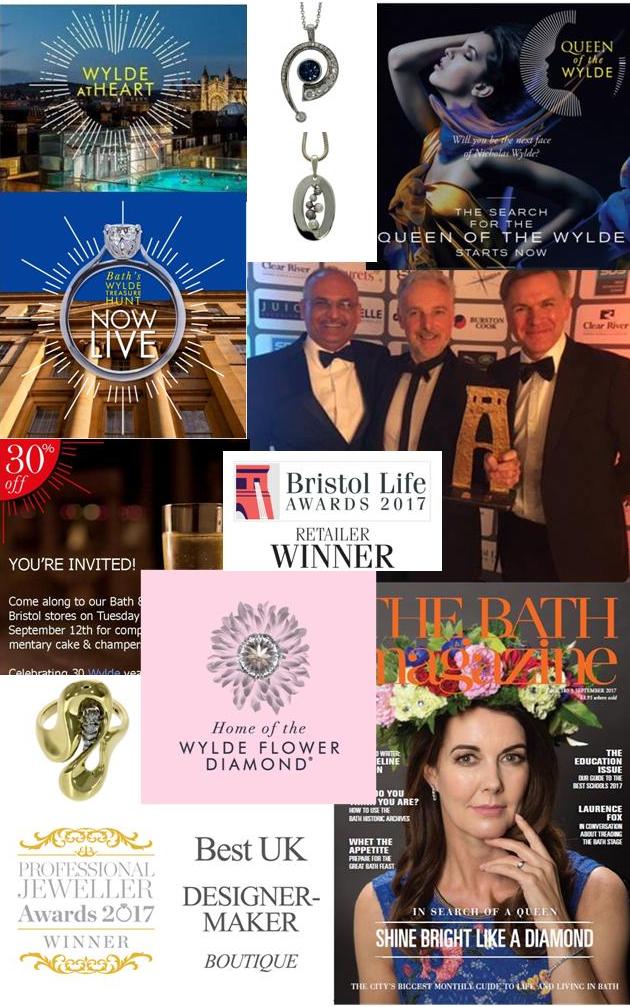 Thank you all for your support over this special year! 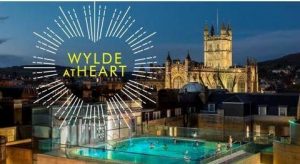 Our 30th anniversary celebrations kicked off  in the early part of the year with our ‘Wylde at Heart’ competition which saw such an spectacular response from entrants our website temporarily crashed due to the high traffic – a fact that was reported in the Bath Chronicle and jewellery trade publications.

The competition was won by a delighted Diane Harwood, who commissioned from us as part of her prize a ‘mod target’ inspired diamond, topaz and ruby cluster ring. 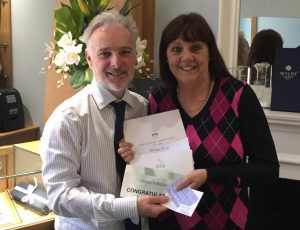 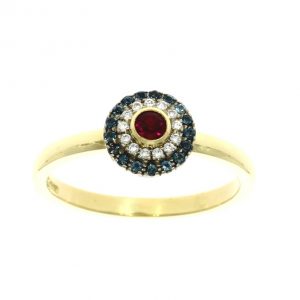 As the year began to pick up speed, we followed suit with the announcement of our most ambitious promotion over the whole of our 30 years in business – our amazing Treasure Hunt in the city centre of Bath.

The Hunt saw seven jewelled treasures hidden in various locations along with provided clues to help crack the solutions.

We opened registration for the competition this month which would last throughout the coming summer with excitement building as we gradually announced new aspects of the promotion before its official launch in June. 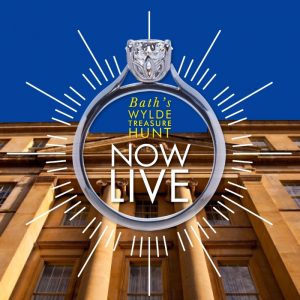 We began the search for our ‘Queen of the Wylde’ – a photo competition where the winner would emerge as the model for our new brochure and advertising visuals in this very important year.

In this month, we also announced the full details of the jaw-dropping £10,000 prize package value and revealed the names of the many indie traders that were supporting the Treasure Hunt – but not, of course, where the treasures were hidden! 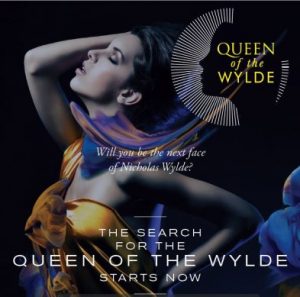 This month we were delighted to win the Best Retailer in Bristol Award at the Bristol Life Awards ceremony. 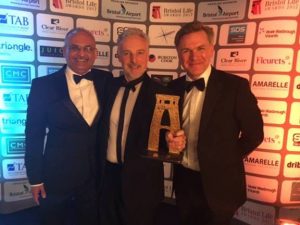 We were proud as punch to receive an award in the Retailer Category, recognising the achievements of our Clifton shop and the dedicated work of all our staff there who have worked tirelessly in the six years the store has been open, to ensure the ‘Wylde Effect’ flourishes and becomes an integral part of the vibrant city of Bristol.

We also maintained our cutting-edge techniques with the arrival of a brand new laser machine in our workshop, capable of even the trickiest of jobs. 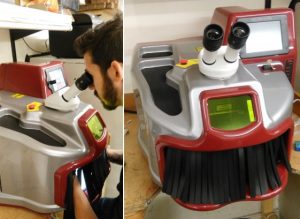 The Treasure Hunt went live this month, enabling contestants to begin tracking down where the jewelled treasures were along with information at each location necessary for final entry.

It was a similar message we were getting out with our Treasure Hunt, which had the support and involvement of over 30 other indie retailers in Bath – co-promoting each other for this mammoth city-wide promotion. 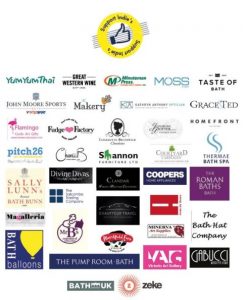 Our ‘Queen’ was selected this month and Bath resident Isabella Alexander became our very first Queen of the Wylde after being unanimously chosen by our panel of six judges. 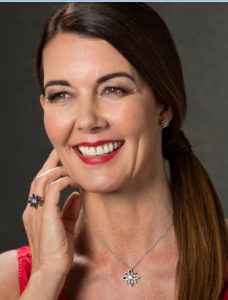 In this month we also reached the 400th Wylde Flower Diamond ® created for our happy clients and the recipients of this milestone number delightedly said: ‘It’s so beautiful it even sparkles on a dull day!’ 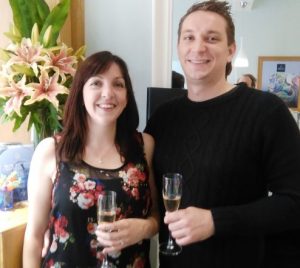 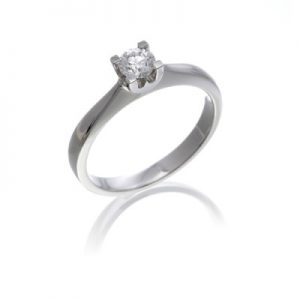 Our epic Bath Treasure Hunt came to its close this month and the summer-long search for jewelled treasures saw close to 3,000 people taking part.

For our actual birthday month, we were delighted to receive further recognition from the jewellery trade as we were awarded the ‘Best Designer-Maker’ for the whole of the UK in the Professional Jeweller Awards 2017.

The awards were created to honour the achievements of the leading jewellery brands, suppliers and retailers operating in the UK today.

Drawing up the shortlist of finalists and the ultimate winners was a two stage process that aimed to capture the collective expertise of hundreds of executives working in the British jewellery market. 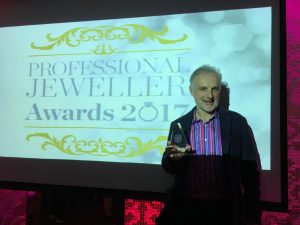 The organisers commented at the London awards ceremony in Kensington:

“Jewellery designer Nicholas Wylde has come a long way since opening the doors to his first store 30 years ago at 24 years old. Now he has two – one in Bath and Bristol – and has mastered the art of coming up with creative innovations to increase footfall and promote the brand in the cities it resides.”

In our stores, we celebrated with special birthday cakes in both Bath and Bristol, along with a promotion that saw 30% off selected items for the month of September only.

Our newly-crowned ‘Queen of the Wylde’ became a cover star as one of the beautiful photos from the studio sessions was used as the front image for The Bath Magazine’s September issue along with a feature editorial inside. 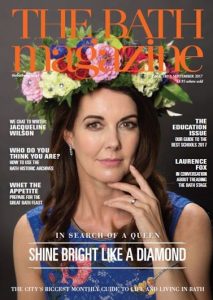 Following a summer of treasure-hunting it was our absolute delight to greet the very lucky winners and present their fabulous prizes in our Bath store.

Mr Peter Richardson was the individual who scooped all the £10k prizes and collected them with his wife Lesley during a special presentation by Nicholas and our Queen of the Wylde Isabella Alexander. 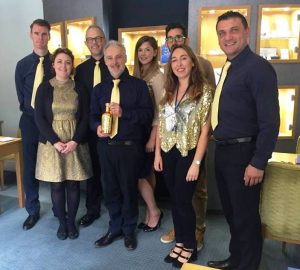 Bath was officially named ‘The Home of the Wylde Flower Diamond ®’ by Bath Spa Rail Station as our eye-catching branding went up over both platforms. 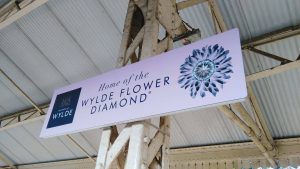 In our stores, we held fascinating talks and displays on the world of pearls, attended by over 200 clients along with the launch of our ‘Gem Bars’ offering glimpses of rare gemstones from all corners of the world. 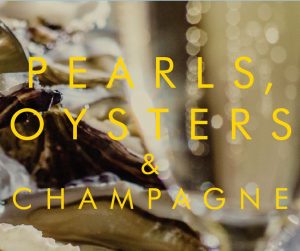 As Christmas came, we launched our ‘Wylde Gems of the Market’ awards for the second year, spotlighting 10 indie traders at the Bath Christmas Market to help them stand out from the crowd and enjoyed the  ‘Dickensian Nights’ events in our own Northumberland Place. 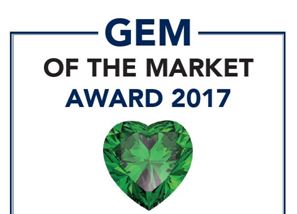 The event, which saw Dickensian characters in live street theatre, singers, musicians and even a snow machine was organised by Bath BID, following an original suggestion from Nicholas himself.

As our 30th anniversary year approached its end, it was really nice to announce another award this month to add to the two others we won in 2017. 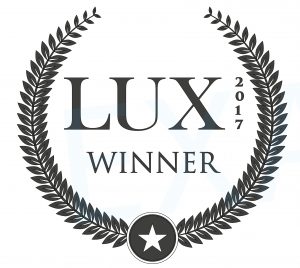 It’s great to know that the ‘Wylde Effect’ is spreading!

We so much look forward to the coming year and all the Wylde events it will bring and hope you will all remain with us for the ride ahead….

Email Wylde
← Prev: Welcome to 2018! Start the New Year with a chance to win a £1,000 Wylde Flower Diamond®! Next: Client story: Sometimes a ring isn’t complete until all the changes have been rung! → 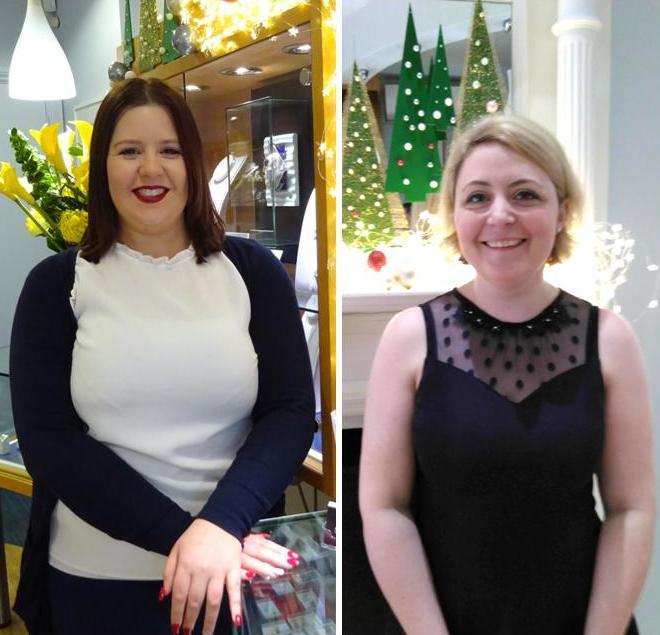 Wylde Welcome: To new sales staff in our stores

We welcomed two new sales consultants in both Bath and Bristol shops during 2017 and would like to officially announce...

During 2017, as we were celebrating three decades in business, we launched no less than three amazing new collections,... 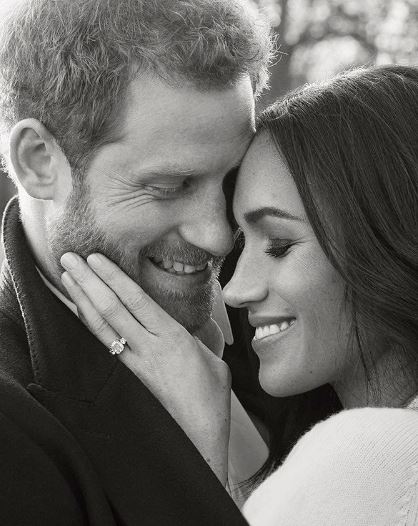 With the recent announcement of Prince Harry’s engagement to Meghan Markle – and the particular attention given to the...