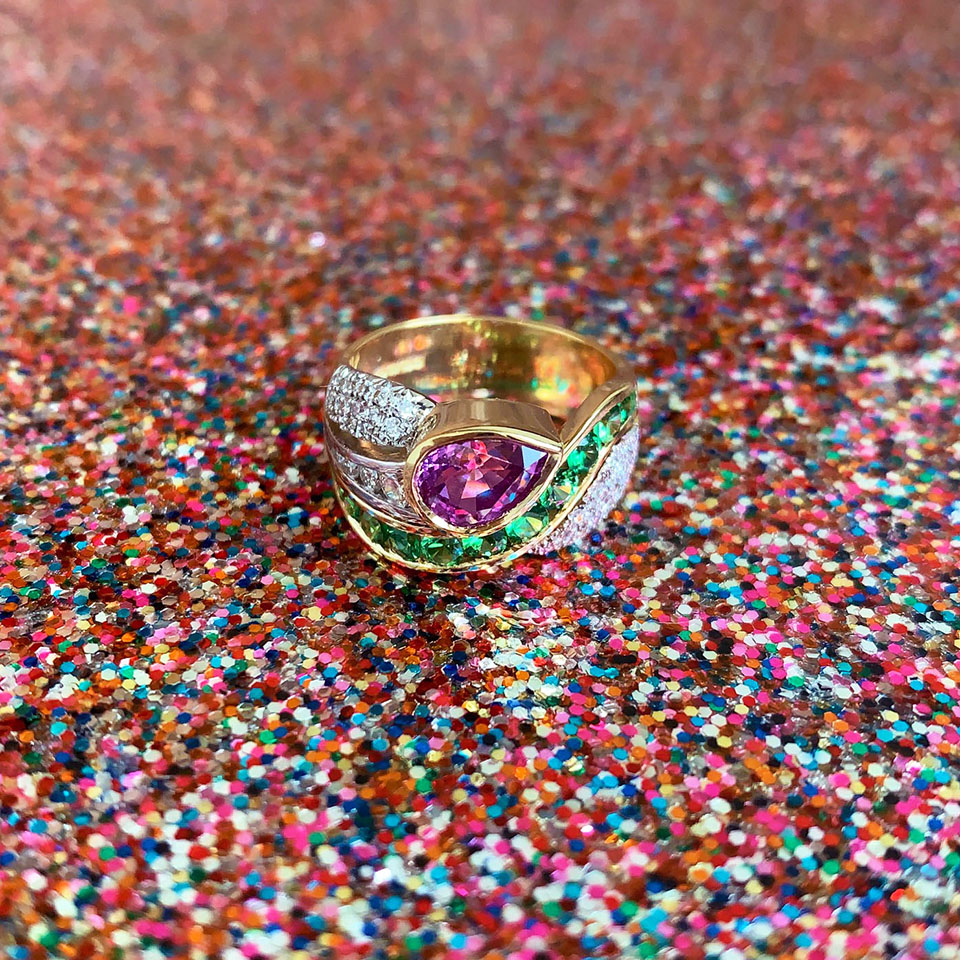 You’ve done well!” she said, when Caroline introduced her soon-to-be fiancé, Terry, to her mother in her home in Geneva. The feeling was mutual on both sides of the family in fact, despite the potential long-distance relationship. “Against all odds” the couple had come together on a walking holiday two years earlier, travelling from their homes in Switzerland and Bristol. And upon meeting them today, just before their 25th wedding anniversary, it is clear to see the enormous love and affection they still hold for each other after all these years.

Terry came to us with Caroline to commission a dress ring for his wife in celebration of their anniversary, but they didn’t want any old ring, they wanted a bespoke piece that would come to represent the joy they’ve found in life together as well as embodying the wearers bright and colourful personality, and wardrobe!: “I wear a lot of bright colours so I wanted a dress ring that would go with that” says Caroline, so Nicholas suggested tsavorites, also known as green garnets, to contrast with Caroline’s chosen purple tone for the central pear-cut sapphire, a hue that appears in her closet the most. The result would be the pictured purple, green, yellow and white gold ring, which was encrusted with diamonds on either side of its colourful accents. “It’s an unusual colour combination, for an unusual marriage” says Caroline, citing that they met across the Channel, where they’ve moved back and forth from ever since they met. In moving between their native countries, they kept both their cultures alive, “It enriches you, and it creates something new” she says. 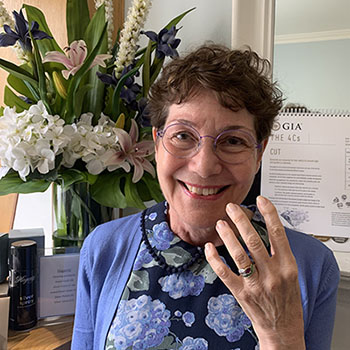 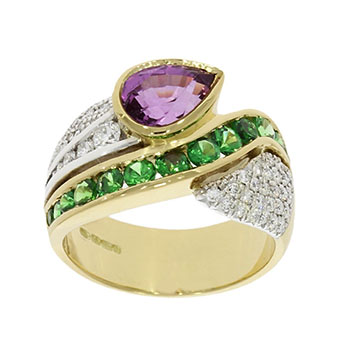 This bright and shining ring also represents the great happiness their love has brought them. Self-confessed opposites, the couple’s personalities complement each other, and they tell us that their union has not yielded a single unhappy day in their marriage. “Terry is an extremely kind person … and I think kindness in marriage is important – being gentle” says Caroline, while Terry describes the enrichment of his life by his wife, who energises him to do the things he loves. Imparting advice, Terry reflects that what he had learned from his marriage was to not “settle just to be the same as everyone else”.  It appears that much of their happiness is also rooted in gratitude, “we are enormously privileged, other people don’t always have that luck”.

We at Wylde’s are so grateful that they chose us to make not only this extra special ring, but a small collection of jewellery designed by Nicholas over the years. We’d like to thank Terry and Caroline for sitting down with us for this conversation on all the wonder and wisdom their relationship has brought them. We wish this fantastic couple the very same ongoing love and happiness in the future.

Enquire about this product

Email Wylde
← Prev: The Stars At Your Fingertips Next: To Be a Diamond →

<p style="text-align: justify;">If you have a special wedding anniversary coming up we can help you to... 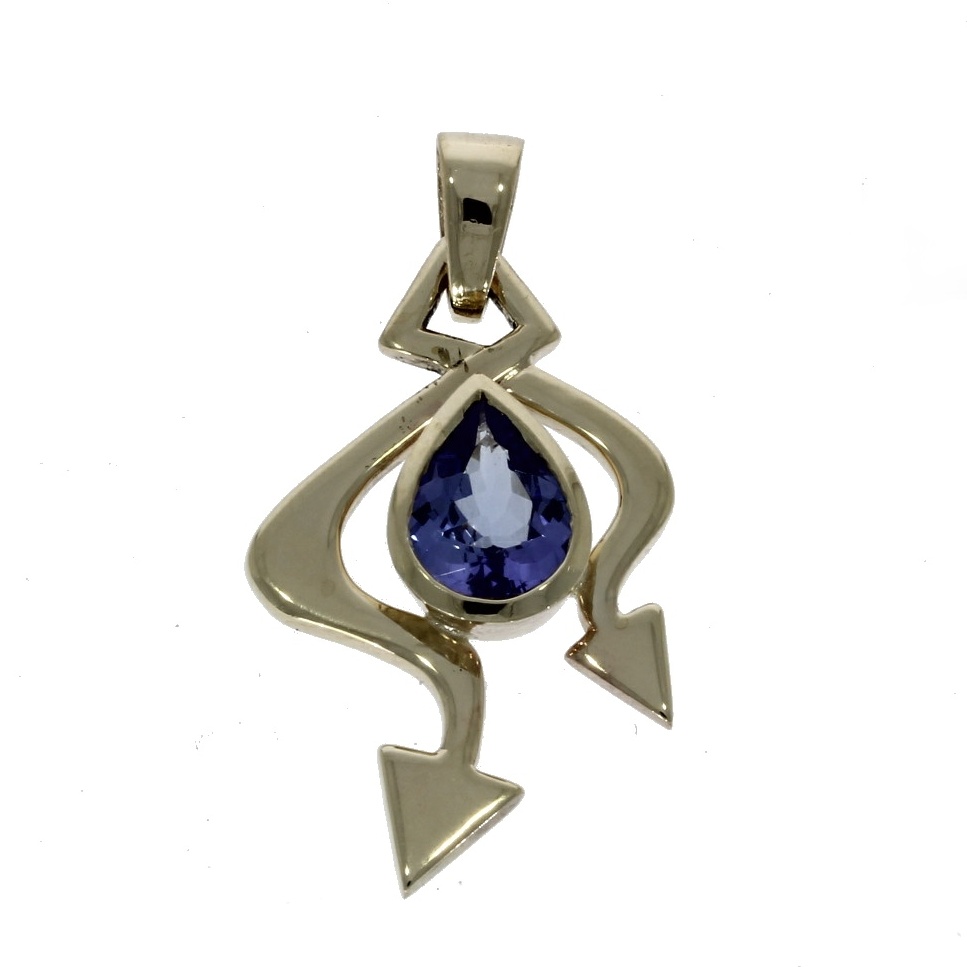 Creating something unique, thoroughly modern and also highly personalised for the customer is what we love doing here...

A sapphire and diamond cluster ring consisting of a principal yellow sapphire in a 18ct yellow gold claw setting,...